Congrats on getting engaged, I imagine there are a thousand things going around in your head, including hundreds of questions.
Don’t worry you’re not alone, I’ve compiled some of the most frequently asked questions I get as a marriage celebrant.
Take your time to look through these and feel free to reach out if you need more information.

What does a Celebrant do?

The time it takes to get you both married is approximately 10 – 15 hours (depending on how much travel is involved). This includes: Answering any questions the couple may have in the initial enquiry; Meeting with the couple as many times as required; Accepting the Notice of Intent to Marry (this needs to be accepted by the Celebrant one month prior to the wedding date); Designing the ceremony – this is usually where the Celebrant will interview the couple, asking as many questions as necessary to get to know the couple’s love story, what love and marriage mean to them and whatever ever other dreams they may have for their wedding day; Ceremony writing – I love this part, it’s where I write your very own creative love story and make it as entertaining as possible for both of you and all of your guests; Vow writing – if you’ve both decided to write your own vows (I encourage this) then the Celebrant can also help you both with this (check out my Dear Diary page for more information);

A rehearsal isn’t always necessary but if required usually happens in the days leading up to the event, and helps calm those nervy butterflies; The final legal paperwork, the Declaration of No Legal Impediment to Marriage needs to be signed before the couple can marry; On the actual wedding day, I’ll text the couple to check-in with how they’re feeling, I’ll arrive before the guests to meet with all the vendors and discuss any last minute requirements, set-up the PA and sound check, I like to welcome the guests so I can get a feel for the vibe of the crowd.

After the ceremony and once all documents are signed, I like to get a selfie with the couple and disappear into a puff of smoke! Finally, your marriage is registered through the BDM in the state where the marriage took place, and your Official Marriage Certificate is ordered.

What are the legal requirements for getting married and how does a Celebrant help?

Once received the NOIM is entered into the BDM (Births, Deaths and Marriages) of the state in which you’ll be married The Declaration of Marriage needs to be signed before you’re married, this is to ensure you aren’t married to anyone else, marrying while already married to someone else is a federal offence called Bigamy and can land you and the Celebrant in gaol – don’t do that!

At the wedding, the legal requirements are – the Celebrant must say the Monitum, and you both need to say the legal vows, eg. I call upon all here present to witness that I (your full name) take you (their full name) to be my lawful wife/husband/partner. Then both of you, your two witnesses and the Celebrant sign the Official Marriage Certificate and the Commemorative Certificate (this is the pretty keepsake one you take home but can’t be used for anything official).

The Celebrant then registers your marriage within 14 days of the ceremony. It’s not up to the Celebrant to order your Official Marriage Certificate, but it’s so much easier for you if they do it at time of registration – this is an additional charge usually around $50 – $60.

When do I need to book my Celebrant?

The best Celebrants book up early. Once you know your date and venue, it’s best to look into Celebrants as early as you possibly can. Remember; the Celebrant is the one who creates the vibe for your entire wedding event and holds space for both of you in a really vulnerable moment, so choose a Celebrant who you both like. Meet with them and ask them loads of questions, there’s a Celebrant out there for everyone.

How quickly can I get married?

What does a Celebrant wear to a wedding?

Well I’m very glad you asked, I let my couple’s choose what I wear on their big day. Check out my Style Me page. If your colour palette isn’t here let me know, I have a few more dresses bought recently that I’m waiting to update.

Do we need a back-up plan for our wedding day?

If you’re getting married outside say on the beach or at a waterfall, then yes you definitely need a back-up plan in case of nasty weather. Although, I do have a heap of umbrellas so if you don’t mind getting a little wet then neither do I. Most reception venues offer a wet weather option, so please check-in with them. We can get very strong northerly winds in summer and strong westerly winds in Spring here in the Ballina and Byron Bay Shires so check-in with your Celebrant in the days leading up to the event, I’ve become a bit of an expert when it comes to reading the weather, who knew!

Do you have to be an Australian citizen to get married in Australia?

You don’t need to be an Australian citizen to get married here in Australia, but just check-in with your state government in the country where you live to ensure the marriage is valid.

Do we need a wedding rehearsal?

A wedding rehearsal isn’t necessary but it does help to calm those nerves, it also helps to bring your wedding party together and ensure they all know where to stand and what do do. If you don’t have a rehearsal though, your Celebrant is well trained in guiding everyone at the right moment.

How much does a Celebrant cost?

A celebrant can cost anything from $400 to $1800 in the Ballina and Byron Bay shire, but it all depends on the quality of the experience you’re wanting. If you just want someone to turn up on the day with a script that’s been read before and the name’s changed respectively, then definitely go for one of the cheaper options. But if you’re wanting to create a truly memorable experience, that will entertain both of you and all of your guests then choose a celebrant who gets to know you both, asks questions about your love story, and writes a unique ceremony just for you. If you’re not skimping on the photographer, the dress or suit or the venue, then definitely don’t skimp on the Celebrant. Check out my costings page for further information.

Why do we need to have a registered Celebrant?

To get married in Australia an Australian Registered Celebrant needs to accept the Notice of Intent to Marry one month prior to your wedding date, enter it into the BDM (Births Deaths and Marriages of the State where the marriage takes place) witness and sign the Declaration of No Legal Impediment to Marriage, be there to witness the marriage, say the legal words, and sign the legal documentation. Then the need to register the marriage through the BDM within 14 days of the marriage taking place.

What has to be legally included in our wedding?

During the wedding ceremony, the Celebrant must say the Monitum, eg. I am duly authorised by law to solemnise marriages according to law. Before you are joined in marriage in my presence and in the presence of these witnesses, I am to remind you of the solemn and binding nature of the relationship into which you are now about to enter, or words to that effect. You both say the legal vows, eg. I call upon all here present that I (your full name) take you (their full name) to be my legal wife/husband/partner. Then you, your partner, your two witnesses and the Celebrant sign the Official Marriage Certificate and the commemorative certificate (this is the pretty keepsake one you take home but can’t be used for anything official). And that’s it, everything else is whatever you both want!

How do we apply for a marriage certificate?

There are two ways in which you can apply for your Official Marriage Certificate; the hard way and the easy way. The hard way, is you do it yourself following your wedding day, it’s a clunky process and something you don’t really want to be bothered with when you’re enjoying your honeymoon or in that cloud of bliss following your love day. The easy way, is you ask your Celebrant to organise it for you, this will be an additional cost paid directly to the BDM (Births, Deaths and Marriages in the State of marriage) usually between about $50-$60.

How do we write our wedding vows?

Your wedding vows should be written from your heart, they are the promises you are making to one another for the rest of your lives together. If you want to put little funny anecdotes in there do it! They don’t need to go for longer than a minute or two, so don’t worry about writing some long pledge of your love. My couples get their vows on keepsake cards that they can keep forever. Read all about how to write wedding vows on my Dear Diary page.

How do I change my last name once I'm married?

Changing your last name once you’re married depends on where you were born. It’s not the Celebrant’s responsibility to assist you with this but many Celebrants will help. There’s a great service called Easy Name Change that can assist you easily with changing your name.

Do I need a Celebrant for getting married by elopement?

If you are planning on getting married in Australia you need an Australian Registered Marriage Celebrant, whether you’re eloping, just the two of you, or having 150 guests. A Celebrant is the one who makes you both officially married.

How do we get married at the local registry or court house?

If you’re wanting to marry at the local registry you just need to contact your local courthouse. This is a very impersonal and stoic way of getting married. If this is your idea then speak to a Celebrant first as to whether they will offer a legals only service. Many Celebrants will also assist with providing witnesses so you don’t need to choose between your most loved people. 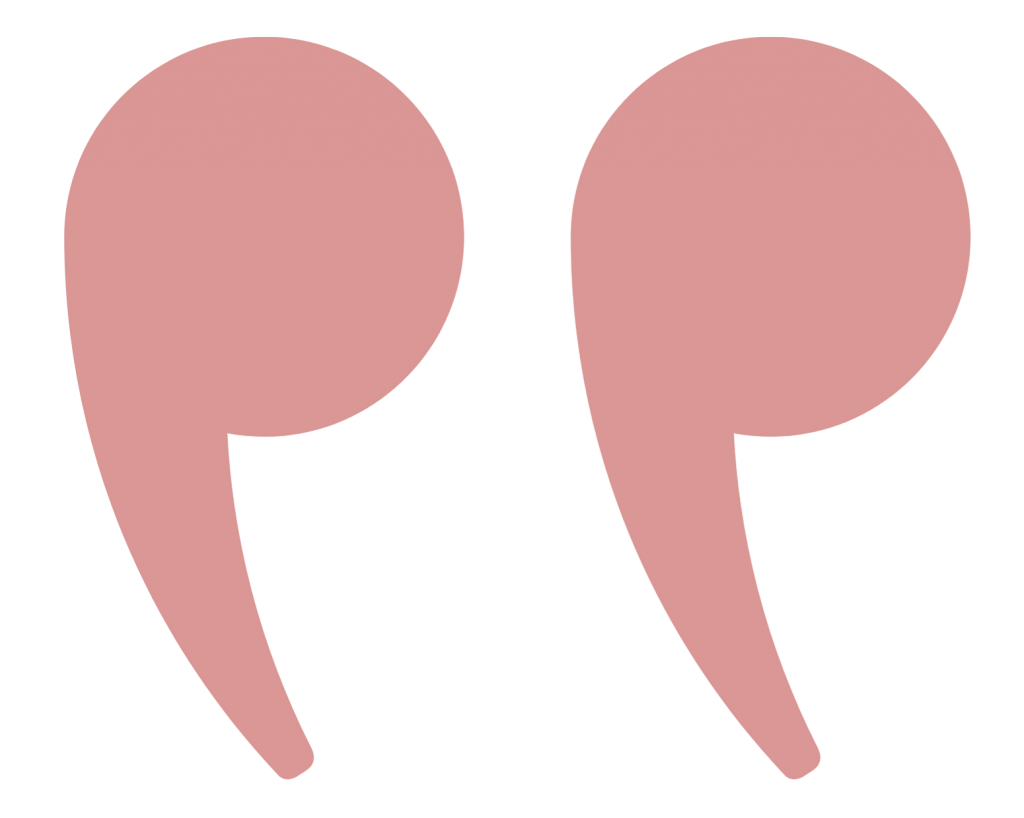 Victoria was the most perfect celebrant for our elopement in Byron Bay this year. She made us feel so excited and calm throughout the entire process all while being super organised with all the legals and paperwork. On the day she performed the most personal and beautiful ceremony for us that we will remember forever. So glad to have Victoria as part of this special time in our lives. Would 100% recommend to any couples looking for the perfect celebrant

Victoria was the most perfect celebrant for our elopement in Byron Bay this year. She made us feel so excited and calm throughout the entire process all while being super organised with all the legals and paperwork. On the day she performed the most personal and beautiful ceremony for us that we will remember forever. So glad to have Victoria as part of this special time in our lives. Would 100% recommend to any couples looking for the perfect celebrant